One thing that needs a better explanation, is how I paint. At a point several years ago, I decided that subject matter needed to take a back seat to application. I had set a goal to approach painting from a new and different angle, mainly to attempt to get paint and ideas down in a way that had generally not been done before.
I thought about adding thick layers of paint to build the surface. Once a substantial amount of paint had been added, I then took a sander and removed the unevenness, as well as some of the color, to reveal hidden details and interactions of lines and shape that would not have been seen originally. The idea was to create a look similar to marbled paper, worn woods, or heavily used items. There was a desire to use the concept of relief - removing material to show what was lying underneath.
The first few years I made color samples and basic designs. Many of these were smaller pieces, some gifted and quite a few sold as small art works of design. As my control of color placement progressed,  I moved into painting images and working from photographs. In recent work, I have done landscapes, still lifes, and other subject matter. Over the years, I have worked towards refining this technique, while getting better control of the final image. As the overall feel and look of the paintings lean towards impressionism, there is a certain deception when you look at the somewhat glossy and almost flat finished surfaces.


To make a medium sized painting, it takes an average of 1/4-1/2 gallon of acrylic materials. This is due to the heavy amount of texture needed to bring up the surface of the painting. Once this heavy texture is achieved, another smaller amount of paint is used to fill in the voids. At this point, I spend up to 2 hours sanding the surface down. This requires a power sander, as well as sanding discs. The painting gets ground down to a point where details are revealed that were laid in at earlier points in the application. Then there is another round of painting and filling to bring the surface up to near level. After a final finish sanding, clear coat is applied to seal the surface.


Some sample photos below: 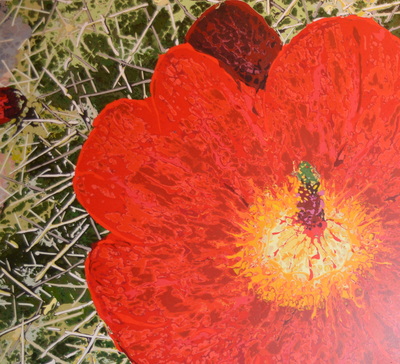 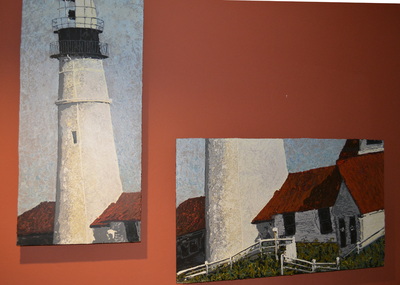 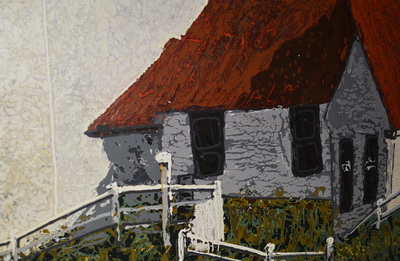 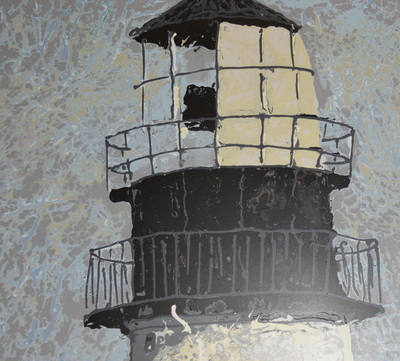 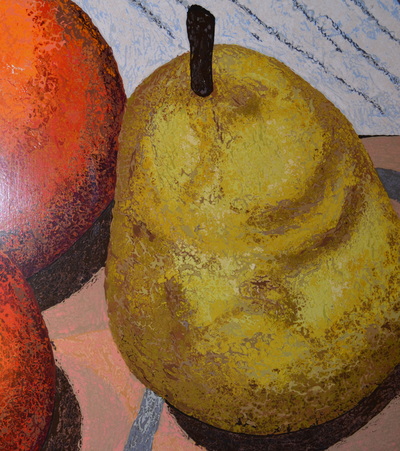 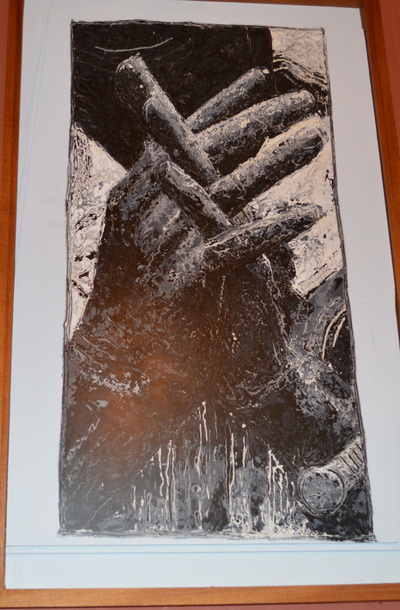 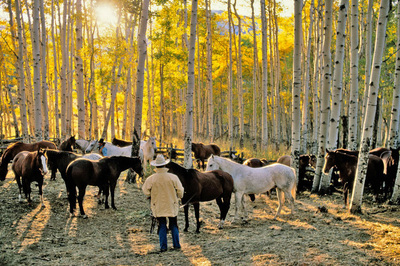 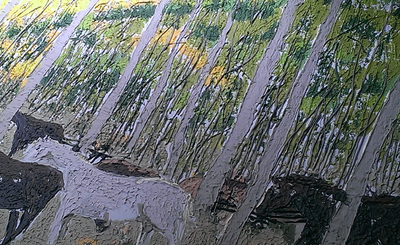 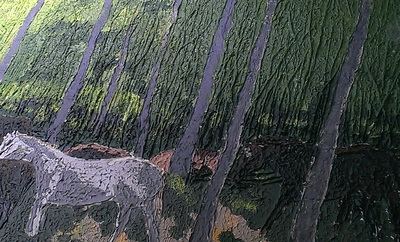 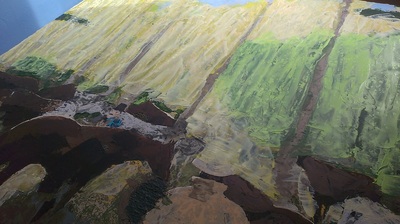 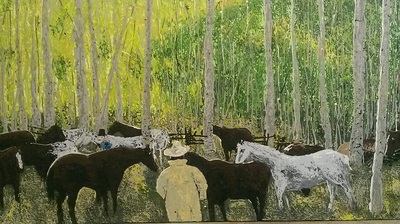